This article is about Skatepark Rules of Conduct, and the consequences of those actions. In a Skatepark you will see signs on every wall with rules, possibly your least favorite part of going to a new skatepark. These rules are put in place for everyone’s safety at the park, and if any measure of respect is shown they will most likely be followed.

There are usually ground rules for what you can’t do at the park, and that’s pretty much anything deemed illegal by your state or county laws. Skateboarding in itself is not necessarily illegal but some actions maybe if done improperly. Here’s a list of common skatepark rules.

When you’re at the skatepark be aware of your surroundings, that’s one rule you’ll probably never see on a sign but it might as well have been written down. You don’t always need to be having a good time, especially if nobody else is around and you’ve got a lot of space to yourself. There could be younger kids and other skaters that need the park, and you could be in their way.

The following rules must be adhered to at all times:

1. It is not permitted to bring alcohol, weapons (including knives), and/or any illegal substances onto the premises.

3. Skaters must not excessively slam or grind on the ramps to cause harm to themselves, other skaters, and/or property of others.

4. Users should be respectful of one another at all times.

5. Users are required to wear a wristband or other form of identification while using the park under adult supervision. It is recommended that wristbands be distributed and worn by parents or guardians of minors under the age of 18.

6. Users must close and latch (push in and turn) the swing gate when entering and exiting the facility to avoid injuries from it swinging open onto skaters.

7. Users will not engage in any activity that is dangerous, disruptive to other users, or destructive to the facility.

8. Users must respect all other park users and/or their guests at all times.

9. Smoking is not permitted inside the building.

10. Fighting of any kind will not be tolerated and violators will be ejected from the premises without a refund of the admission price.

11. Loud music, profanity, and public drunkenness are not allowed.

12. Children under the age of 13 may not be left unattended on-premises by an adult at any time for any reason. This rule applies to both skaters and guests of skaters (e.g. friends, family members). The skatepark has a security camera in place. If you break the rules, your actions will be recorded and prosecuted to the fullest extent of the law!

Chances are if you’re going to be in a skatepark, there’s probably pretty valuable stuff around. If you’ve got anything worth stealing, it usually pays to keep an eye on it. It doesn’t matter if your most expensive piece of merchandise is 20 bucks or 200 dollars, it’s not your job to make sure no one takes it. If you see someone walking away with your stuff, call the police or security. Most skateparks have them on hand to keep an eye on everything.

You might consider bringing a backpack with wheels if you’re out in public. That way, your belongings are always safe and secure on the go! This way if you can’t find an empty bench to sit at, it’s still easy enough to carry everything around. It’s not impossible to bring a board with you, but it definitely makes it harder.

I’m sure there are plenty of other things that would be good to keep in mind while at the skatepark, these should help give you an idea of how easy it can be to stay out of trouble. It doesn’t matter if this was your first time or tenth, if there are rules you’re probably going to break one. If the worst that happens is somebody telling you to get out, then it’s not so bad.

If people start getting aggressive with you it’s probably time to find somewhere else to skate anyway, don’t worry about it too much.

If you’ve mounted your board and someone has taken it upon themselves to knock you off, then there’s not much that can be done. If it happens like this then just understand that you’re probably going to get knocked down a few times before leaving the park. While the average victim usually gets up and leaves without another thought, we’ve got a few tips for when you get knocked back down.

Later in life, it’s easier to pick yourself up and brush off the dust, but it’s harder when you’ve got a little experience under your belt. Even if it only gets worse once or twice, make sure you know what to do in case it happens again.

If someone knocks the board from under your feet it’s best to pick it up and replace it as quickly as possible. If it happens enough times try going to a different park or going somewhere else entirely. Even if you don’t see a problem with a temporary rule change, the local skaters will be upset if someone starts causing trouble fairly often.

If someone puts you in a bad position (like right outside the fence) it can be hard to tell if they’re trying to help you or mess with you. If someone’s putting your board down for you it might be worth watching what happens before replying. It could just be that they want to make sure no one else takes advantage of you, so it’s best to wait and see if anything else happens.

Hi everyone, I am Ashley, live in Sheffield, England. I'm a Boardsports enthusiast and I've been skateboarding streets since my childhood. As to this site, the goal is to help beginner riders find their perfect equipment so they can have an enjoyable experience on whatever type of board best suits them- whether it be downhill riding or long boarding! Everything written here should be taken as opinion only because everyone's preferences are different, but at least now there will always seem less confusion when looking for gear online.

How to protect stickers on a skateboard?

When you buy the new skateboard there are stickers or brand logos and graphic...

What size skateboard for a size 13 shoe?

Choosing the perfect size skateboard for yourself is a little a bit difficult thing....

If you are learning the skateboard for some time and you know about ollies...

How To Make Skateboard Wheels Slower

There are a few ways to make your skateboard wheels slower. One way is... 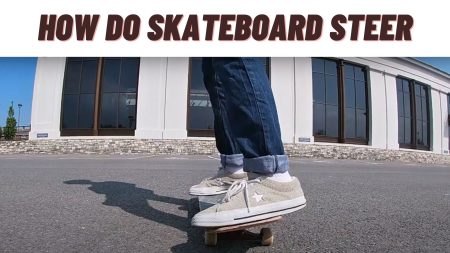 How do Skateboard steer

For beginners, it's hard to learn how to skateboard. It takes some time to...

Why are the Japanese so dominant in Olympic skateboarding?

It's no secret that the Japanese are a powerhouse in the world of Olympic...

How does a photographer take photos of a skater?

A photographer can take photos of a skater using a number of different techniques....

Why are skateboarders so hot?

There are a few reasons that can explain this phenomena. First, skating takes a...

How to protect stickers on a skateboard?

When you buy the new skateboard there are stickers or brand logos and graphic...

What size skateboard for a size 13 shoe?

Choosing the perfect size skateboard for yourself is a little a bit difficult thing....

If you are learning the skateboard for some time and you know about ollies...

How To Make Skateboard Wheels Slower

There are a few ways to make your skateboard wheels slower. One way is...

How do Skateboard steer

For beginners, it's hard to learn how to skateboard. It takes some time to...

When it comes to skateboarding, there are a lot of things that can make... 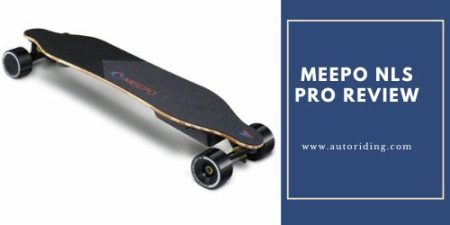 If you're a skateboarder who is looking for a new board to take your... 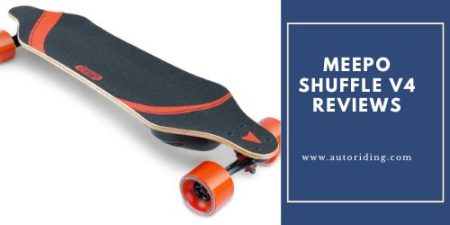 The Meepo Shuffle v4 is the latest electric skateboard from Meepo. It is a...